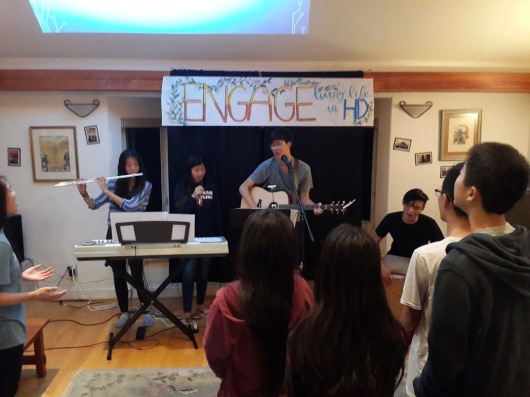 Hope you had a wonderful Thanksgiving with your families! Click on the link below to view pics and videos from A TD Thanksgiving feat. Offerings 8 and Sandra’s 60th birthday, courtesy of Peter. Thanks Peter! (apologies if your pic didn’t get in)

I was hesitant to share this with you all, but as I’ve been preaching all year long, we are trying to forge a family culture that is transparent and that lets one another into each others’ lives., whether we have good news or bad news to share.

While last week, I was named All-Area Boys Tennis Coach of the Year by both Pasadena Sports Now (first time) and Pasadena Star News newspapers (4th time – 2 girls, 2 boys), it wasn’t something I was planning to exactly share here.

However, as I’ve been emphasizing an upward, outward, downward approach to our life in Christ that does get out there in our communities and that reaches beyond our church walls, I thought this article, written by one who has not yet come to faith in Jesus (but who I pray one day will come to know the beauty of life in the Lord), may help give one more illustration of outward engagement in the community in His Name.  So, for what it’s worth, here it is.  – Arthur

Maranatha had never really been thought of as a tennis school.

That was until the arrival of coach Arthur Hsieh, who runs both the boys and girls programs.

The girls program won a CIF title a couple of years back.

The boys team, though, hadn’t been a championship caliber squad before Hsieh, and there was no reason to believe the 2017 season would be any different.

But there was one person who did believe bigger things were possible.

He led his Minutemen to the title match in the CIF-SS Division 4 playoffs, which was the first time the boys program had ever made a championship appearance.

Top seeded Los Osos defeated Maranatha, 11-7, but the bar has risen drastically thanks to their coach.

More importantly, if you speak to any of his athletes, Mr. Hsieh impacts their lives much deeper and greater off, than anything that happens on a tennis court.

For his unwavering support of his players, his being a role model as a standup adult figure, and his success this season, Arthur Hsieh was named the Pasadena Sports Now Boys Tennis Coach of the Year.

Maranatha was 17-2 this season and won another Olympic League title.

It was their fifth league championship in his five years at the school, and their overall record in league play over that time is 43-1.

“Coach Arthur had a tremendous impact on us both as players and people. Every day before we even started practicing, he would read John Wooden’s book on the keys to success,” No. 1 singles player Matthew Alleman said. “More than anything, it taught me patience, as all I wanted to do was get on the court and start hitting. He invested so much of his time and energy into us which definitely paid off over time and helped us go as far as we did.”

Interestingly enough, Hsieh met John Wooden when he was 88 years old and struck up a conversation with the UCLA basketball icon.

As the event he was attending was about to start, Hsieh asked Wooden if it would be possible to continue the conversation another time, and to his delight, Wooden said he would love to, and they became friends.

John Wooden died in 2010 at the age of 99, but his books on success and life story have impacted thousands, including Arthur Hsieh.

“I tried to use ‘Woodenisms’ with my players, because they don’t just impact you as an athlete (or coach), they are keys to success in life,” Hsieh said.

One of the lessons he learned really stuck with his players.

“Coach taught us about the pyramid of success and competitive greatness,” No. 1 doubles player Drew Sierra said. “It was about being able to play your best when your best is required and that really stuck with me and my teammates, and I think it was part of us getting over the hump psychologically as a team that hadn’t been this far before.”

Hsieh is a deeply religious and moral man, and while that might not be everybody’s cup of tea as a coach, he is a perfect fit at Maranatha and has bettered the lives of all these young student-athletes he’s had the joy of coaching.

But it all starts at home.

Hsieh has a remarkably close, intelligent and beautiful family.

Next week, he and his wife Sandra will celebrate their 27th year of marriage.

Sandra also does her part in making both the boys and girls programs excel.

He has three sons.

“The reason this is so much fun for me is because everyone in my family is involved,” Hsieh said. “We enjoy impacting young people’s lives and my kids and wife have gotten to know and care about our players like I do.”

His daughter has another year at Maranatha that Hsieh will serve as head coach, and then the future is going to be a year-by-year decision in what he does with the program.

But for five years, Maranatha has been lucky to have a man that is as quality a person as he is a coach.

Regardless of when he steps off the courts, Hsieh’s lessons on life will reverberate through his players throughout their lifetimes.

Maranatha Athletic Director Brian DeHaan: “We affectionately refer to Arthur as the ‘tennis whisperer,’ because he has a way of softly, yet firmly, bringing the best out of the young people he works with. Arthur and his entire family ARE Maranatha tennis. His leadership has brought the program to the highest of heights, but most impressive is the impact he makes in the lives of student athletes. He has built this tennis program on character and we are all better people having worked with Arthur. He has the unique ability to bring discipline that is rooted in love into the lives of young tennis players and their families. He speaks truth with conviction and fosters an environment of love and accountability.”

This year’s CIF finals run has been built on the shoulders of those who fell short in prior years. We have seen the run coming and it couldn’t have happened for a better group of young men. The entire Maranatha community is thankful for the excitement this year’s team brought to campus. They have left an indelible mark in the history books of the program and raised the bar for future teams to reach.

Maranatha Senior Drew Sierra: “Coach is super ‘wise.’ his advice is applicable on and off the court. Even though he’s super nice and respectful, he’s very competitive and we all took him seriously. A lot of times in practice, we’d do our stretches and do drills and volley’s and repetition really helped me get better. His advice— being the most competitive version of yourself. He fueled the competitive fire in me.”

Maranatha Senior Bryan Lin: “Our coach fostering us to get that mind set of competitive greatness. Through our teamwork as well and our unity led to our success. I am really proud to be part of the program and where it stands now.”

Our year is coming to a close! This Friday is our last regular TD meeting.  Not only will Robert lead us in wrapping up our year’s theme (Reboot: Seeing God as God Again), but some of our seniors will also be sharing their testimonies!  So, make sure you come out and show your support!

In the meanwhile, work hard to finish memorizing Psalm 139 (NASB)!  Once again, here’s Sandra’s special recitation of it (with lots of footage of her dog, Joy):

Here’s the Food For Thought recap video that was shown in TD last night!  Perhaps it can help give you an idea or two as you consider how to live amongst you friends as a Christian.  Enjoy!

On Mother’s Day, I would like to honor TD’s mom … Sandra … by allowing her to bless you in this video devotional debut!

In this wonderful video (made by her son, Randall), you will hear one of her secrets to living the powerful walk with God that she lives.  You’ll hear how that power is culled and simmered daily.  Not only will you hear how she strengthens her walk, you’ll see how she does it. In fact, you’ll walk with her … and Joy! :); and you’ll do it to Psalm 139 (one of  the 17 or so chapters of Scripture she recites everyday), set to Matt Redman’s “Never Once.”

May it encourage you in your walk with God. Enjoy!  Happy Mother’s Day, Sandra!