Click on the links below to access fun pics from “A TD Christmas” and “A TD Thanksgiving”! Thanks to Peter for taking photos and posting them!

Sandra awards the top 3 finishers in the “pssssssssss” game – Jason, Stella, and Anabell!

Take a look at some photos, moving photos, and videos from last week’s TD Kick-Off, courtesy of Peter. Thanks Peter!

September is over and we’ve orientated ourselves to each other, to our small groups, and to areas of TD we can participate in.  Let the new TD year begin!

As we look forward to this Friday’s opening message of our new theme, “Renew: Transforming Our Lives in Christ,” let’s take one last look back at God’s faithfulness to us last year, courtesy of Peter.  Enjoy! – Arthur

Here are Peter’s pics from “A TD Christmas.” Thanks Peter! 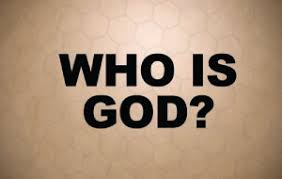 A few years ago I wrote an essay for the Who is God? series that we’ve been posting over the last year.  My focus was on love.  If you could use a boost in your understanding of your “love life,” read on.  I hope it helps you towards becoming a better lover, as you learn from the One who loves best. – Arthur

Who Are You God?  The God of Love

“Do you love me?” Jesus repeatedly asked Peter in John 21 … and for good reason.  Prior to Jesus’ arrest, “trial,” sentencing, and execution, Peter, the emotionally charged and flamboyant disciple boldly, repeatedly, and confidently professed his love and allegiance to Jesus.  Relying on the emotion of the moments, and his strong “feelings” of love, Peter would make daring claims of loyalty.   So self-driven was he that on one occasion, he rebuked Jesus after He informed His disciples of the manner in which He would die, promising the Master that he would never let that happen to Him.  This prompted Jesus to return the rebuke, saying to Peter, “Get Thee behind me, Satan.”

On that terse Thursday evening, shortly before Jesus was to be arrested, Peter assured Jesus, “Even though all may fall away because of you, I will never fall away.”  Jesus informed him that before the rooster would crow that very night, Peter would deny him three times, to which Peter insisted, “Even if I have to die with you, I will not deny you.”  Such was Peter’s confidence in his own love.  The rest, as they say, is history.  When presented with the opportunity to align and associate himself with Jesus, while Jesus was on trial, Peter’s “love” took a leave of absence, and indeed, as Jesus stated, Peter denied any association whatsoever with Jesus … three separate times, even cursing and swearing at one point for emphasis! (Matt. 26:74)

One of the most poignant, dramatic, and chilling verses in the New Testament, to me, comes soon after, when Luke records, “The Lord turned and looked at Peter.” (Luke 22:61)  Imagine the piercing guilt and shame Peter felt when their eyes met, knowing that he had done the unthinkable: he forsook His Master.  No wonder Peter couldn’t answer Jesus’ question any other way than to say, “You know I love you.”  You may be scratching your head a little, asking, “Wait.  What do you mean?  Jesus asked Peter whether he loved him, and Peter answered in the affirmative.  What’s the issue?”  Let me explain.

There are at least two keys to better understand this intense relational exchange between Jesus and Peter.  The first has to do with what is meant by “love.”  The word Jesus used in His question was the Greek word agape, which is translated “love” in English.  This represents the highest form of love, God’s love, the love of unwavering fortitude and commitment to another’s best, even at personal expense.  Unfortunately, three other Greek words are also translated as “love” in English, so something gets lost in the translation.  There’s storge – a familial kind of love, as family members would have; there’s eros – a romantic, sensual, feeling type of love; and then there’s phileo – a brotherly, friendship type of love, as good friends would share.  Jesus asked Peter, “Do you agape me?,” to which Peter replied, “Yes, Lord; You know I phileo You.”

The second key is in the timing of the question.  A few weeks earlier, Peter would have answered with a resounding, “You bet!  Of course I agape You, and I always will!”  Now He’s faced with answering the question after having denied Jesus three times.  Though I’m sure he was agonizingly dying to respond in the affirmative, he couldn’t; not with the facts staring him in the face.  He could not tell Jesus, “I agape You.”  He could only truthfully say, “I phileo You.”  That exchange happened a second time.  The third time, Jesus asked Peter, “Do you phileo Me?”  This deeply grieved Peter.  Many think that this grief is Peter feeling offended and hurt that Jesus would question him on whether he even had phileo love for Him.  That’s a possibility.  I think another possibility is that Peter felt deeply grieved that he couldn’t honestly tell Jesus, “I love you,” though he desperately wanted to.

What if Jesus asked you that same question, “Do you love me?”  Would you be able to say, “Yes, I love You”?  When a servant-girl identified Peter as an associate of Jesus, the Scriptures tell us that he responded with an oath, saying, “I don’t know the man!”  (Matt. 26:72)  Peter lied.  Or did he?  I think it was Joni Eareckson Tada who once commented that this may be the first time Peter actually told the truth!  He didn’t know Jesus!  Not really.

The truth is, no one knows Him, and no one can know Him unless the Lord first loves us, reveals Himself to us, and unilaterally changes our hearts.  Hence, John’s admission in 1 John 4:10, “In this is love, not that we loved God, but that He loved us…,” and later in verse 19, “We love because He first loved us.” (emphasis mine)  Remember when Peter boldly confessed, “Thou art the Christ, the Son of the living God.”?  Jesus reminded him that “… flesh and blood did not reveal this to you, but My Father who is in heaven.”

This is what Peter had to learn before Jesus was going to hand him the keys of heaven and build his church upon him (Matt. 16:18-19).  This is what we all must realize before our worship, proclamation, and ministry are to become authentic and mature.  The Lord is sovereign over absolutely EVERYTHING, even our love.  He controls it all. That’s humbling to know.  The Lord wants us to know this deeply, especially those of us who are regularly praised, followed, and admired for our “love for God.”

It’s very easy to get subtly seduced into subconsciously thinking that the reason we’re such “good Christians” is because we love God more than the average person; and it’s tempting to think that the reason we love God is because we believed, we obeyed, and we followed Him.  And of course that’s true in a sense.   But why is it true?  Because we’re so smart and wise?  Well, yes, that’s true too, in a sense.  But how did you get to be that way?  Why you and not your friend?  The reality is that once you weren’t and now you are, and it is God who made you the way you are; without first consulting you, and without using pre-existing “material.”  You were absolutely nothing –  zero, zilch, nada – until God, all by Himself, with no outside influences, unilaterally and lovingly fashioned you.  And that great love for God you have?  It isn’t yours.  It’s His.  He monergistically (by Himself, with no prior cooperation from you) bestowed that gift of faith and love to you (Rom. 12:3), so that through you, He will love Himself.

Peter finally came to understand that, and because of that, God was able to build His church upon Peter and the apostles; a church that is still growing and maturing today, two-thousand years later.   It’s important to note that years after Jesus’ return to heaven, Peter was again put in a position to affirm or deny his association with Jesus.  This time, God’s love, not Peter’s, won out.  Peter and his wife were crucified as lovers of Jesus Christ.  It is said that while his wife was being crucified, he kept reminding her to remember the Lord Jesus.  When it was his turn, historians tell us that that he requested to be crucified upside down, for he was not worthy to be crucified like His Lord.

What a difference God’s love, true love, makes.   If you truly love the Lord today, your potential for powerfully and distinctively loving God is limitless, because His love is limitless; and it is His love which abides in you today.  To the extent that your love is subsumed by His love, the sky is the limit!  So, what are you waiting for?  Love God and keep His commandments like you never have before; and do it with joy, power, zeal, and freedom, for “… the love of God has been poured out within our hearts through the Holy Spirit who was given to us.” (Rom. 5:5)

Relive the memories of God’s faithfulness during our 2012-2013 TD year! Once again, special thanks to Peter for doing a wonderful job in creating this terrific slideshow!