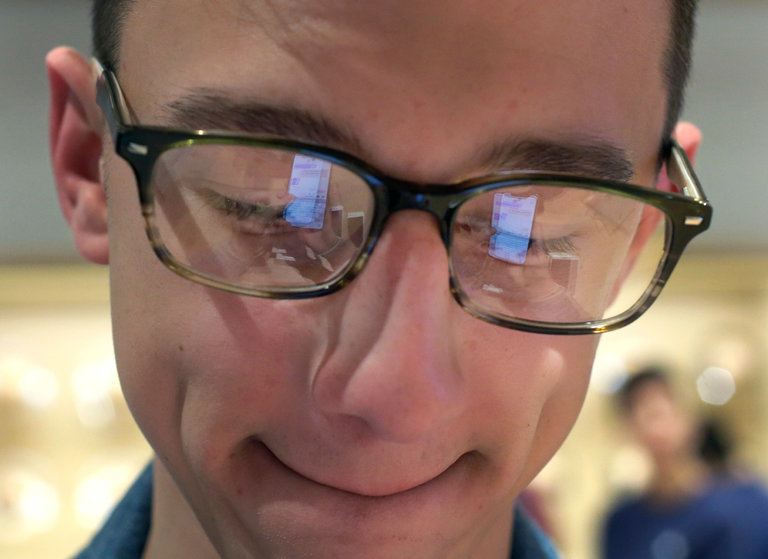 We all love and appreciate technology. Like anything that began as good, however, it’s easy to indulge and be owned by it. Was that the intention all along? Is tech as innocuous as we think? What is actually going on behind our screens? What’s the intention for us?

A while ago, my son, Nathaniel, sent this over to me. I thought it was an insightful read by New York Times Op-Ed columnist and political and cultural commentator, David Brooks. I’d be interested to know your thoughts. Feel free to comment. – Arthur

How Evil Is Tech?

Not long ago, tech was the coolest industry. Everybody wanted to work at Google, Facebook and Apple. But over the past year the mood has shifted.

Some now believe tech is like the tobacco industry — corporations that make billions of dollars peddling a destructive addiction. Some believe it is like the N.F.L. — something millions of people love, but which everybody knows leaves a trail of human wreckage in its wake.

Surely the people in tech — who generally want to make the world a better place — don’t want to go down this road. It will be interesting to see if they can take the actions necessary to prevent their companies from becoming social pariahs.

There are three main critiques of big tech.

The first is that it is destroying the young. Social media promises an end to loneliness but actually produces an increase in solitude and an intense awareness of social exclusion. Texting and other technologies give you more control over your social interactions but also lead to thinner interactions and less real engagement with the world.

Eighth graders who spend 10 or more hours a week on social media are 56 percent more likely to say they are unhappy than those who spend less time. Eighth graders who are heavy users of social media increase their risk of depression by 27 percent. Teens who spend three or more hours a day on electronic devices are 35 percent more likely to have a risk factor for suicide, like making a plan for how to do it. Girls, especially hard hit, have experienced a 50 percent rise in depressive symptoms.

The second critique of the tech industry is that it is causing this addiction on purpose, to make money. Tech companies understand what causes dopamine surges in the brain and they lace their products with “hijacking techniques” that lure us in and create “compulsion loops.”

Snapchat has Snapstreak, which rewards friends who snap each other every single day, thus encouraging addictive behavior. News feeds are structured as “bottomless bowls” so that one page view leads down to another and another and so on forever. Most social media sites create irregularly timed rewards; you have to check your device compulsively because you never know when a burst of social affirmation from a Facebook like may come.

The third critique is that Apple, Amazon, Google and Facebook are near monopolies that use their market power to invade the private lives of their users and impose unfair conditions on content creators and smaller competitors. The political assault on this front is gaining steam. The left is attacking tech companies because they are mammoth corporations; the right is attacking them because they are culturally progressive. Tech will have few defenders on the national scene.

Obviously, the smart play would be for the tech industry to get out in front and clean up its own pollution. There are activists like Tristan Harris of Time Well Spent, who is trying to move the tech world in the right directions. There are even some good engineering responses. I use an app called Moment to track and control my phone usage.

Online is a place for exploration but discourages cohesion. It grabs control of your attention and scatters it across a vast range of diverting things. But we are happiest when we have brought our lives to a point, when we have focused attention and will on one thing, wholeheartedly with all our might.

Rabbi Abraham Joshua Heschel wrote that we take a break from the distractions of the world not as a rest to give us more strength to dive back in, but as the climax of living. “The seventh day is a palace in time which we build. It is made of soul, joy and reticence,” he said. By cutting off work and technology we enter a different state of consciousness, a different dimension of time and a different atmosphere, a “mine where the spirit’s precious metal can be found.”

Imagine if tech pitched itself that way. That would be an amazing show of realism and, especially, humility, which these days is the ultimate and most disruptive technology.