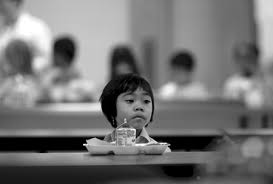 For some reason, it appears that the embedded link to the podcast, “On Eating Lunch Alone,” did not show up in the email version of the blog post, though it is on the blog itself. So, here is the direct link:

or you can just go on the blog itself and play it from there.  Enjoy!

As you start the new school year, do you notice that your days have little daily stresses, like wondering who you’re going to eat lunch with? Listen to what Sandra has to say to you from God’s word about this and be encouraged!  Enjoy! – Arthur 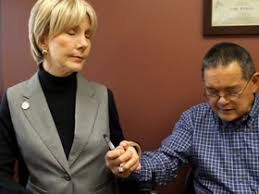 Thanks a bunch to those of you who told me you are praying for Joni.  That touched her.  I just heard from Joni and she is asking for specific prayers from us at TD.  I promised her that we would be faithful to do so.  Will you join us in doing so?  Here’s what she writes:

Wow, Arthur, I’m so GRATEFUL for all this prayer support from you and my friends at Total Devotion!  And prayer is needed:  I just came down with a terrible head cold this morning (am leaving the IDC as soon as my meeting with the Zondervan folks is finished).  My head is stuffy, my throat is sore, my nose is running (and I sound like a Mucinex commercial).  All this to say, I need big prayer, asking God that this not descend into my chest (you know how colds can develop quickly into pneumonia when you’re a quad)!

Please, please tell Total Devotion how grateful to God I am for their prayers.  Here’s how they can intercede…

Thanks for all your interest and support in this Oscar rollercoaster.  Many blessings, dear friend, and love to your family…

“The effective prayer of a righteous man can accomplish much” (James 5:16)  If you are a Christian, Christ’s righteousness is yours.  That makes you righteous!  And that makes your prayers effective.  So, would you please pray earnestly and become a tangible part of the work God is doing through this nomination?  Thank you! – Arthur

Hey TD!  Well, in a few a months, the world will be watching the Acadamey Awards show (aka The Oscars), the entertainment world’s biggest night.  “And the winner is …” will be said over and over again.   Well, one incredible David vs. Goliath story is in the category of Best Song.  Out of the blue, an unknown, unheralded song (with under 4,000 Youtube views) from an unheard of Christian movie received one of the five nominations for best song.  The song “Alone Yet Not Alone” (from the movie of the same name) has Hollywood up in arms.  Passed over are songs sung by the likes of Taylor Swift, Coldplay, Beyonce, and Jay Z.

What’s even crazier is that the song is sung by a singer who has never been professionally trained, who has only 51% lung capacity, and who is a … quadriplegic.  You guessed it.  The singer is none other than our beloved Joni Eareckson Tada!

And what has been happening since last week’s nomination?  A floodgate of national write ups, interview requests, television news stories, and other opportunities to give testimony to the God who will never truly leave His children alone.  The interviews are giving Joni a chance to discuss things like Christianity, suffering, and sin with the secular world.  And Joni is being faithful.

We’ve been in communication with Joni and she needs our fervent prayers and requests them from us.  Would you please be in prayer for Joni during this time, so she can fulfill and carry out what God has intended through this unlikely nomination?  Thank you!

And whether the song wins or not really isn’t the issue.  The victory has already been won.  And the winner is … Joni Eareckson Tada!

Here is the video of the song itself, followed by a link to a GREAT interview/story done on ABC7 News:

Hey TD’ers!  Ever eat lunch alone at school?  How do you feel about it?  Well, there’s more to it than meets the eye.  In this Total Devotion Commotion podcast, Sandra shares a few thoughts from Scripture on eating alone.  Please listen, be encouraged, and enjoy! – Arthur