Join us this Friday for our Christmas festivities, as we celebrate and honor the birth of Christ Our King! It’ll be different than in the past, but what’s new? We’ll still have a ton of fun together, with Christmas games, contests, and prizes! We’ll still fellowship with one another! And we’ll still remember Christ!

Make sure to come dressed in as much Christmas gear as possible … you may just win a prize!; and whoever comes with verses 1 – 10 of Colossians 3 memorized may as well!

Here are photos from last year’s “A TD Christmas”:

Come one, come all to the FIRST meeting of the year – THE TD Kick-Off!

LOTS of preparation has gone into THE TD Kick-Off and we’re super excited to get the TD year going with a bang!  Games, skit, swag, extended refreshments (can you say boba?), vision casting, and the unveiling of TD’s theme for ’19 – ’20!

You need to come to TD and help launch the new year!  Festivities begin at 7:15 p.m.! See you at TD! 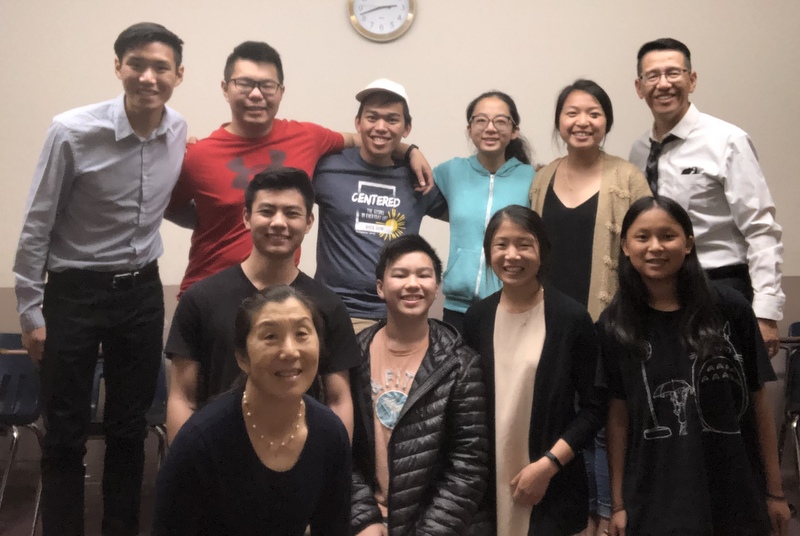 Let’s give a shout out to  our 2019 Youth Speakers Tournament team: Anabell Xu, Benson Yu, Jason Ke, and Stefan Chu.  It was a very special year, as the team and coaches really experienced intimacy and bonding with Christ as the center of it all.  There was lots of vulnerability, openness, tears, and laughter, as the team learned to trust and share their lives with one another, warts and all.  In doing so, they learned how to keep one another accountable, while still accepting one another and all the quirks we all possess.

God grew each speaker deep down where it counts and helped them develop and deliver some excellent diverse powerful speeches on Sex & Television, Jesus is Greater Than Religion, 5 Things Every High School Graduate Should Know About the Bible, and Dear Younger Me.  Each speaker was able to reach their potential and most importtantly, meet God.

We look forward to kicking off 2019 together this Friday at TD!  We will have a great time celebrating God and one another, learning from each other as we do.  The normal meeting is at 7:30 p.m., while the TD Pre-Party is at 7:15 p.m.