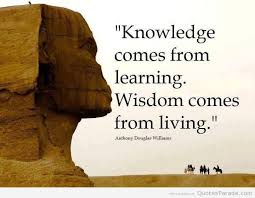 Would you rather have knowledge or maturity?  That’s the question Kevin DeYoung addresses in the following article.  I say, how about both, held together by the glue: true godliness.

All else being equal, I’d rather have a mature Christian with simple theological knowledge than an extremely knowledgeable, well -read Christian without a lot of maturity. But, of course, neither situation is desirable. Let me explain.

A Tale of Two Corners

In this corner, we see Mr. Bookworm. He’s not quite thirty years old. He’s very intelligent. He’s read Calvin, Edwards, Luther, and Bavinck. He knows Warfield and Hodge, Piper and Carson, too. Since coming to the Lord in college, Mr. Bookworm has been on fire for learning. He listens to a dozen sermons each week on his iPod. He has a better grasp of current theological debates than most pastors. He loves Christian conferences — the good, meaty ones. Mr. Bookworm knows all about hermeneutics, propitiation, covenant theology, the regulative principle, and the ordo salutis. He’s even teaching himself a little Greek. Hebrew and Latin are around the corner, and then Ugaritic, if he’s got time.

Mr. Bookworm is smart, serious about his faith, and wants to serve the Lord. But he’s twentysomething and not all that mature. In terms of knowledge, he’s playing in the Major Leagues, but as far as wisdom he’s batting below .200 in Class-A ball. He doesn’t have gross sins, just some annoying ones. On the truth-grace scale, he’s all truth. He’s obnoxious, bordering on abrasive. He lacks all sense of proportion. He can’t see that a debate over presuppositional and evidentialist apologetics is not as serious as Athanasius versus Arianism. Everything is a first-order issue because there are no other kinds of issues.

To make matters worse, Mr. Bookworm talks too much. He sees every conversation as a forensics match waiting to happen. He’s opinionated. He doesn’t ask questions. People are scared of him and he doesn’t know why. Except for those in complete agreement with him, Mr. Bookworm doesn’t have many friends. He’s not trying to be rude or arrogant. In fact, when push comes to shove, he can be a winsome fellow. The problem is he has all this knowledge and doesn’t know how to use it wisely or winsomely.

In the other corner is Mr. Simple- Faith. He’s been a Christian for forty years. He prays and reads his Bible every day. He’s raised four godly children. He’s been married for over thirty years. He’s quiet, sincere, and well-respected by all. But he’s not a huge reader. He never has been. He reads two or three books a year, and one of them might be a Christian book, usually something lightweight. Mr. Simple-Faith has decent theological instincts. He knows the Bible is all true, Jesus is the only way to God, hell is real, and we can’t earn our way to heaven. He’s orthodox, but beyond the basics he’s pretty ignorant and, frankly, not very interested.

So, who would you rather have as an elder in your church? Mr. Bookworm is more impressive, but Mr. Simple- Faith is probably going to make better decisions and be better received by the members of the congregation. Personally, I’d rather have maturity outpacing knowledge instead of the other way around.

Learning to Drive the Right Ride

It should go without saying that the goal is to have both. A mature Christian with little theological knowledge is not living up to his potential. A knowledgeable Christian without maturity has potential he doesn’t know how to use.

A theologically astute, immature Christian is like a five-year-old flying an Apache helicopter. Here’s this massive weapon: it can destroy arguments and defend against heresy; it can soar to the heavens and take in glorious sights no one at sea level will ever witness. This theological helicopter is just as good for search and rescue as it is for seek and destroy. Every congregational army would be thrilled with such a vehicle. It’s fast. It’s furious. It’s impressive. But it’s also dangerous. And with a five-year-old behind the wheel (or whatever they have in choppers), some people are going to get hurt. It’s not wrong for a little kid to have a helicopter, but it would be nice if he grew up and took some flying lessons before taking the thing out for a spin.

On the other hand, a mature Christian content with the barest theological knowledge is like a 45-yearold riding a tricycle. Sure, he can get around on the tricycle, but he can’t go very fast or very far. He’s limited in terms of what he can see and experience. He can’t do much to beat back enemies or scale new heights. He’s steady, but not the best he can be. The goal in discipleship is that we don’t have to choose between kids flying helicopters and adults riding trikes. We want the most mature pilots flying the most intricate machinery. Our aim is for Mr. Bookworm to grow into Mr. Head-and-Heart and for Mr. Simple- Faith to learn to be Mr. Deep-Truth.

And if our congregations haven’t reached this equilibrium yet, we can at least provide a safety instructor for the kids and kick off the training wheels for the adults.

TD will be at the reThink Apologetics Student Conference on Friday and Saturday.  We will meet to begin a new year of study next Friday night, October 2.

There are two great opportunities this week for you to sharpen your mind and to be inspired by some of the finest Christian apologists on the planet:

1.  reThink Apologetics Student Conference this weekend, 9/25 – 9/26.  Yes, we will still give you the TD discount!  Let your small group leader know if you’d like to go ASAP.  We are registering our group tomorrow.

2.  Ravi Zacharias is in Pasadena this Thursday, along with Christian music artists, The Afters.  Admission is free (!), but you must register online to enter:

We will be showing a powerful multi-award winning film at TD!  It’s powerful and consistent with the new perspectives and new ways of living we’re hoping to inspire this year.  We’ll also have a good time of discussion afterward.

In addition, we will be saying goodbye to and praying for Duh and Julie as they leave TD and move on to the next stages of their lives.

See you at TD! 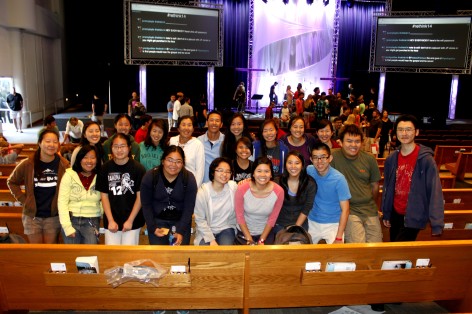 As we shared last Friday, TD will be heading down to Orange County next weekend (Sept. 25-26) to help provoke each other and our peers to “rethink their worldview, recapture the truth, and then reengage the world for the cause of Christ.”  It’s going to be very valuable for you personally and for your effectiveness in fulfilling your calling as an ambassador of Christ to your world.

We had a great time of learning and sharpening last year, and look forward to honing our understanding and skills once again.

This is the last weekend to sign up to go with TD and to get the TD deal (we’ll pay half your tuition!!).  So, don’t delay!  Bring your $20 and sign up with Sandra at TD on Friday or before Sunday School this Sunday.  Hope you can join us!

Here’s the link to all the details:

“Therefore, we are ambassadors for Christ, as though God were making an appeal through us.” 2Cor. 5:20

Come at 7:15 tonight to inaugurate our new TD pre-meeting “party”! 🙂

See you all soon!

Is your life kind of in a rut?  What you may need is a new perspective. But how do you get it?  At this Friday’s TD Kick-Off, with humor and insight, we will work on gaining that new perspective.  Come join us!  It just may make a big impact on how you live your life! – Arthur

We’re kicking off the new TD year this Friday!  As always, it’s going to be a blast. So, make your plans to join us as we begin to set sail on another special journey together this year towards God’s heart and fulfilling His calling for us in this world!

The TD Counselors and Interns