Hey TD, Jim Daly, President of Focus on the Family, has written an article I’d like to get your feedback on.  What do you think about this list?  What reasons do you personally identify with?  What do TD and/or MBCLA have to work on?  Thanks in advance! – Arthur

Of all the hats I wear in life, the one I enjoy most may be that of “dad.”

As much fun as Trent, Troy, and I have together, whether it’s camping or just throwing the ball around, not a day goes by that I don’t give serious thought to how my wife, Jean, and I are leading them spiritually. In the grand scheme of things, we only a have a short window to help them build a solid biblical foundation before they launch out on their own.

If you’re a parent, I’m guessing you’re well aware of how challenging that can be. Even the statistics bear out the struggle we face. The exact percentages are up for debate, but we know that a significant number of kids walk out the church doors after high school graduation and never return.

Well, the specific reasons depend on which study you read, but most of them point out how adults fail to connect teenagers to God’s redemptive work in meaningful ways. A recent example of this comes from a website designed for workers in church leadership. The article’s author , Marc5Solas, lives in a college town. He interviewed a large number of twenty-somethings to get their take on why Christianity is no longer important to them and boiled down what he learned into ten reasons you might find interesting.

Take a look and see what you think.

Normally, “relevant” is a positive term. In this case, it labels the problem. We’ve couched our faith in modern trappings to the point that 2,000 years of history and rich tradition have been diminished. As the article suggests: “What we’re packaging is a cheap knockoff of the world we’re called to evangelize to. In our effort to be ‘like them,’ we’ve become less of who we actually are.”

9. They got into church, but the church never got into them.

Many young adults may have been taken to church by their parents, but the church wasn’t integrated into the fabric of their lives. Church was a Sunday event, not something that impacted the everyday realities of their lives.

8. They were treated as smart by others.

Many students interviewed felt they were spoon-fed a Christian worldview, while professors and others who held atheist viewpoints challenged their intellect and inspired them to ask questions and to use their mind.

7. They were sent out unarmed.

Many youth have mastered Christian lingo – the pithy catchphrases spoken regularly in churches and marketed through popular evangelical campaigns – but they’re ignorant of deeper theological truths. They know what “WWJD?” means, and they’re familiar with how to “invite Jesus into your heart,” but they can’t explain what atonement or justification means or its relevance to life’s realities.

6. They’ve been given a “hand-me-down” religion.

Many kids leave the church feeling like they’ve been asked to accept their parents’ faith, instead of encouraged to ask tough questions, so they can incorporate Christianity into their lives and make it their own.

5. They exchange one community for another.

Our modern faith sometimes places a greater emphasis on community than on God. As a result, many of today’s youth see other people as the answer to their problems instead of God. When they leave home, they often seek out a community of people of any belief system rather than one committed to the God of the Bible.

4. They seek opportunities to “feel” better.

Much of modern Christianity is based on “feeling,” rather than on objective, eternal truth. It reduces the Christian faith to a search for good feelings rather than exhortation to conform our human nature to God’s standard of righteousness.

3. They got tired of pretending.

Some segments of Christianity suggest that being a Christian removes all struggle from life. But that message rings hollow for many kids who try to serve God and continue to face difficult challenges … or who see their parents teach a similar message while succumbing to anger or depression themselves. Many youth feel Christianity leaves no room for authenticity.

2. Christianity is reduced to “do/don’t do” instead of “be.”

Many church kids were taught it’s all about what they do, not who they are. The Christian faith was reduced to a long list of do’s and don’ts. They felt trapped beneath the weight of their own abilities, instead of freed by the work only God can do in their hearts and lives.

When church is perceived as nothing more than a place to learn good principles for living, or to have a happy marriage, or well-behaved kids… Well, you can find that in most any self-help book. You don’t need a crucified Jesus for that. What kids need is the gospel; what they’re sometimes given is “a cheap knockoff of the entertainment venue they went to the night before.”

These findings challenged me. For one thing, I think it’s important to listen carefully to those we’re trying to reach, even when what they say isn’t so easy to hear. Only when we dig beneath a person’s words can we hear the true cries of their hearts.

I should add that I have the utmost admiration for pastors and youth workers, who are often lone voices, speaking truth into the lives of young people against a cacophony of noise from the culture. Add in limited budgets and time constraints and reaching young people for Christ is often an uphill battle indeed. I feel confident that most churches are doing everything they can to minister to young and old alike in their community.

And what about us parents? Well, articles like this that suggest how much may be amiss in the spiritual lives of today’s youth can certainly be daunting. As such, it’s always wise to be aware of our kids’ struggles and to make adjustments as necessary. But it’s just as important to remember that our kids are ultimately in the Lord’s hands. Strip away all the research and facts and figures, and underneath is this bedrock of Truth:

God has called us to rely on His grace to do the very best we can and to trust Him with the rest. 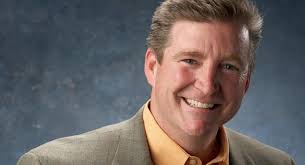